History is being written this year in Niederwangen near Bern: mb-microtec, the discoverer and inventor of the self-illuminating technology trigalight, celebrates its 50th anniversary. On the occasion of the anniversary, the Swiss company will open its doors to the general public for the first time on Saturday, August 31st with the "Open House Night".

The Bern-based company mb-microtec celebrates its anniversary: 50 years of mb-microtec - 50 years of pioneering work. Founded in 1969, the Swiss company is not only the inventor of the self-powered illumination technology trigalight, but also the developer of the world's first self-illuminated watch. Today, some 50 years later, the company has long been the global market leader in the development, production and marketing of self-luminous gas light sources under the brand name trigalight. More than just a reason to duly celebrate the anniversary.

Double anniversary
The company's own brand trigalight stands for the world's smallest gaseous tritium light sources and has made mb-microtec famous far beyond the Swiss borders, especially in the watch and security industry. As the name suggests, the trigalight self-luminous pipes glow independently, i.e. without any external energy supply, day and night for over ten years. In an in-house developed process, the glass pipes are filled with tritium gas, cut to the desired diameter and air-sealed. Particularly remarkable: The smallest achievable inner diameter is 0.1 mm - the diameter of a human hair. The trigalight self-luminous pipes make aircraft cockpits or dials and hands of watches glow.

The development and introduction of the world’s first self-illuminated watch by mb-microtec led to the creation of the traser brand in 1989, which also celebrates its 30th anniversary this year. On the occasion of these two milestone anniversaries mb-microtec came up with something special and presented a world record at Baselworld 2019: the T1000, the world's brightest self-luminous watch. The concept watch shines 50 times more brightly than any conventional watch with H3 technology - real Swiss pioneering work!

mb-microtec up close:
"Open house night" On the occasion of the company's 50th anniversary, mb-microtec is now opening its doors to the public for the very first time for one night: "Precisely because we operate with materials, which mightbe unknown to a wide range o people, transparency is very important to us," explains CEO Roger Siegenthaler. For the first time, interested visitors have the opportunity to take a look behind the scenes at the Bern-based company and visit the production facility (guided tours are on the programme until 8 p.m.). The spectacular new mb-microtec building in Niederwangen near Bern was only inaugurated last October and meets the highest requirements in terms of fire, earthquake and anti-burglary protection. Then the manufacture of tritium light sources places special demands on the production facility. "We are looking forward to showing the visitors the history and also the faces behind mb-microtec and to explaining how and what we are working on," continues CEO Roger Siegenthaler. "And when is it better to look at self-illuminating gaseous light sources than at night?

A celebration for all
On Saturday, August 31st, from 12.00p.m. to midnight, not only exciting tours but also a varied children's programme, a delicious cost-free catering and musical entertainment await visitors. The highly interesting development process of the tritium light sources will not only be shown live, but also in an exhibition: from the production of the hair-thin glass pipes to their implementation on the dial of a watch. And because a 50th birthday alone is no fun, mb-microtec invites you to celebrate with us: come by, discover and light up the night on August 31st with mb-microtec and its employees! 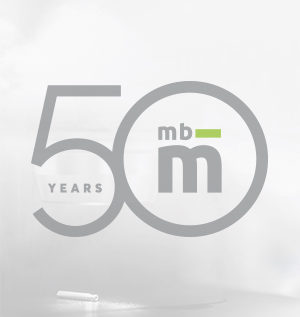